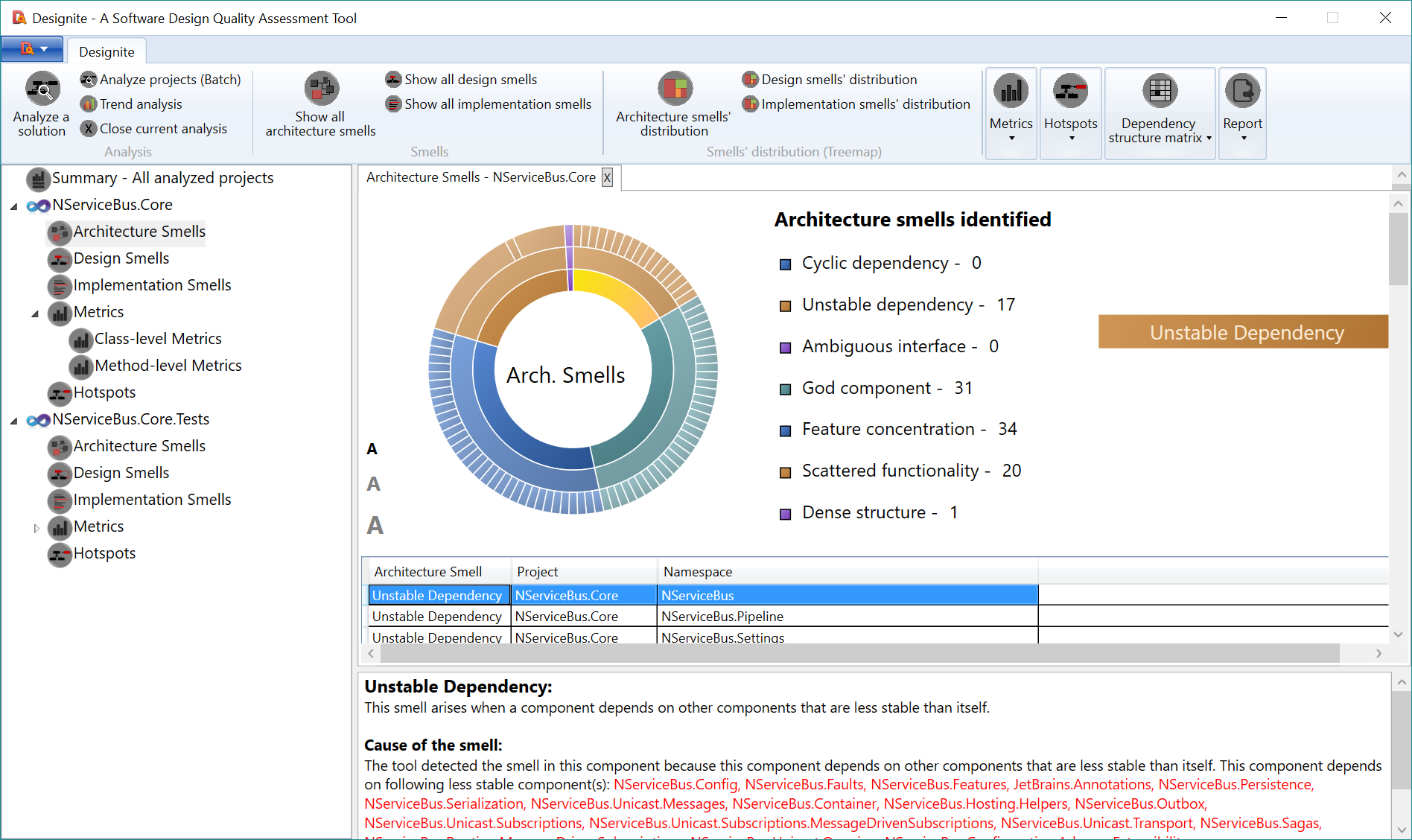 Designite has been helping a large number of C# developers from the last couple of years to detect quality issues and improve maintainability of their software. Now, we present Designite 2 with many significant improvements.

Here is a brief list of improvements that Designite 2 is offering:

1. Roslyn under the hood

This is the most significant change in Designite 2. Earlier, Designite was using NRefactoring to parse C# code. NRefactoring was serving well so far; however, there were subtle problems (such as it couldn’t analyze certain projects, its dependence on the installed libraries and Visual Studio version to succeed the analysis, and so on). Furthermore, NRefactoring is no longer maintained (as per the GitHub repo page).

We believe that Roslyn will make the source code analysis more robust and reliable.

A code signing certificate is a de facto standard for software products and we were late to acquire a digital certificate for Designite. Never the less, Designite setups will be signed from now onwards. 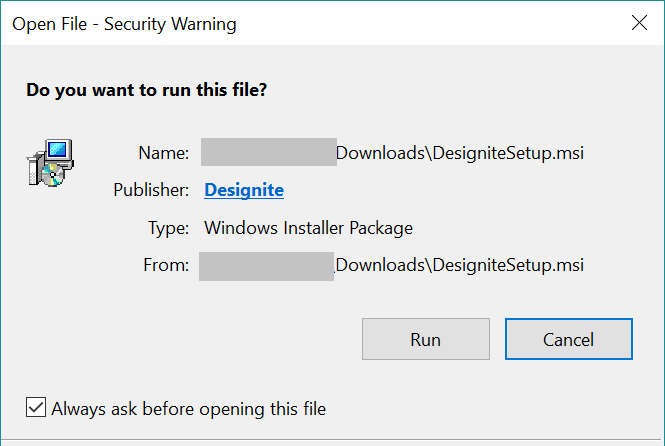 With the new version of Designite, the tool carries out more reliable analysis especially when a user selects a subset of projects from a C# solution. Some smells (such as unutilized abstraction) depends on the analysis of dependent and referenced projects. The new version of Designite analyzes such projects even though they are not selected by the user, detects smells and computes on the selected projects, and shows the results (from only the selected projects).

We improved the user interface of the tool by introducing a ribbon that esthetically lists the offered features of the tool.

Additionally, there are many other small improvements and bug fixes that this version carries.

QScored: An open and free platform for code quality ranking and visualization. Click here to explore.